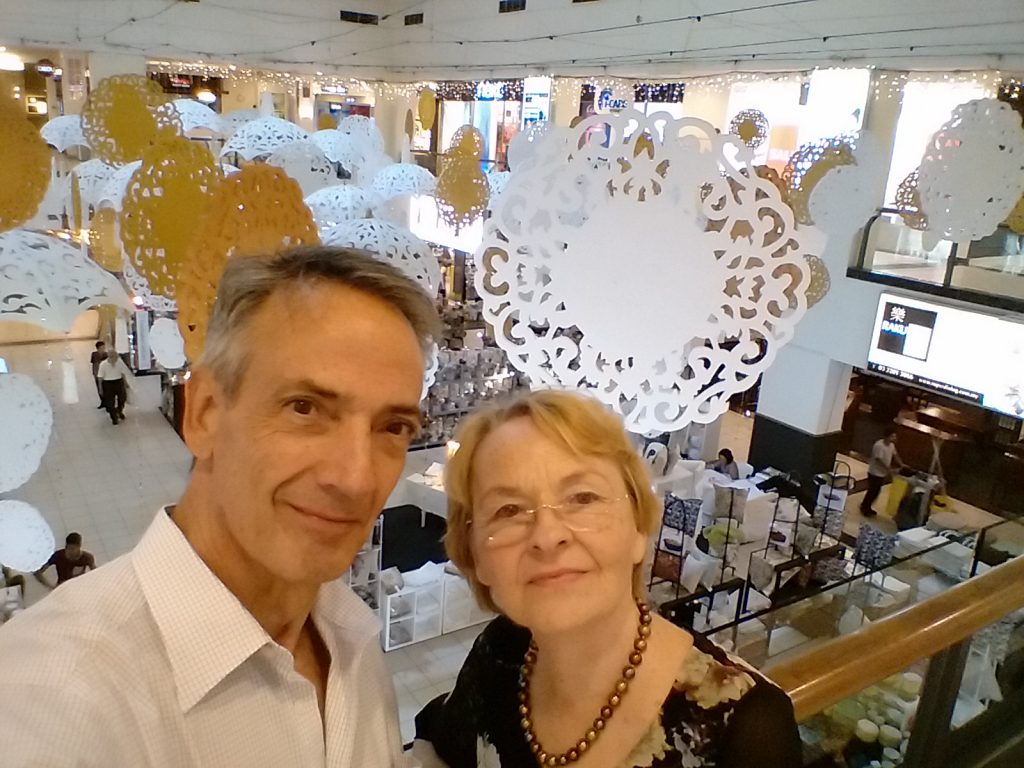 When I left university dental school I had received, like my medical colleagues, hardly any training in nutrition.

However, I’ve always been interested in the subject and I outline very briefly my journey of nutritional discovery on the page below, culminating in the low-carb, high-healthy-fat (LCHF) lifestyle.

I’ve mentioned the benefits I got from making changes to my food and drink choices to illustrate the profound effects foods have on our health, and hopefully it will encourage you to make any necessary changes, too.

My quest initially was to find ways of reducing my body’s allergic responses to things like pollen and dust. You may have other health challenges.

Whatever challenges you have, or would like to prevent occurring in the future, I urge you to look closely at what you are eating and drinking now, the effects your choices are having inside you, and to explore the many health benefits of an LCHF lifestyle.

In my younger years I ate the way recommended by the USDA. In other words, low fat and lots of bread, cereal, rice, and pasta. I’ve written an introduction to carbohydrates and how they increase our waistlines in this post. 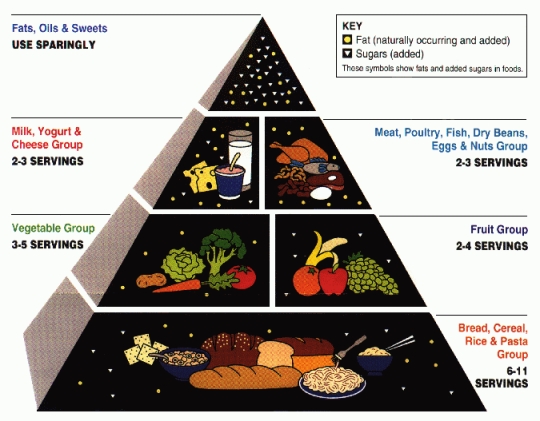 As you may have experienced, putting on weight is a slow process, and I hardly noticed it. I wasn’t obese, but at 92 kg too fat for my 185 cm frame.

Here’s a photo of me from that era, with double chins. Our daughter sent it to me when we were having a WhatsApp chat about weight loss recently. She’s got a great sense of humour! 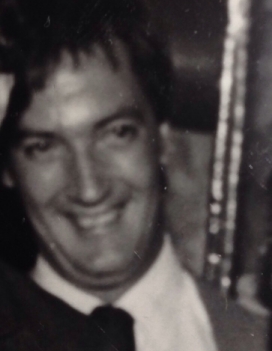 Colon cancer has a genetic component, and after my father passed away from the disease, I wanted to make sure any cancer genes I may have inherited from him would not be switched on by my diet or habits.

One source of free radicals and carcinogens is tobacco smoke, so with much effort I stopped smoking.

In the last few months, I have learned that many types of cancer cells use glucose for energy. Actually, Dr Otto Warburg got a Nobel Prize for the discovery way back in 1931.

There is now renewed interest in his work because keeping blood sugar very low with a low-carb, high-healthy-fat diet may be a way of helping radiation and chemotherapy kill cancer cells at much lower doses.

And some doctors are suggesting adopting an LCHF lifestyle as a way of preventing cancer from developing in the first place. More about this promising concept in future posts.

Some sixteen years ago I was very disappointed to read about the damage ethyl alcohol does to various cells in the body. And if that weren’t enough, much of the alcohol is metabolised in the liver to fat, thus adding to my waistline.

True, red wine has the antioxidant resveratrol in it – an excuse I had often used as justification for quaffing – but so do many foods, like berries, red-skin peanuts, and dark chocolate.

I decided to get resveratrol from a food source and stopped drinking red wine or any other alcoholic beverage.

Then came the revelation that barbecued meat and toasted bread contain carcinogens. Of course, I didn’t want to believe that. In South Africa, braai (Afrikaans for barbecue) is an institution, a way of life.

Unfortunately, the science was overwhelming, and reminding myself of the quest to stop anything that might turn on my possibly-inherited colon cancer genes, haven’t barbecued or toasted anything since then.

Later, after reading about the widespread use of growth hormones and antibiotics in meat and chicken, they didn’t seem so appetising on my plate anymore. Who wants to eat chemical-laden meat?

Meat and poultry were crossed off my menu, and I continued to get protein from fish, eggs, cheese, plain yogurt, nuts, and pulses like beans, lentils and chickpeas.

Although I had grown out of most of my childhood allergies, a couple remained and often I had to take antihistamines and use an inhaler to control the symptoms.

Does wheat have anything to do with inflammation? Many experts think it does, so I decided gluten had to go.

That wasn’t so easy, not only because I really enjoyed a sandwich, but because so many foods contain gluten.

Here’s a really good explanation of gluten’s harmful effects on adults and children:

Next, I came across the work of Dr Barry Sears, the inventor of the Zone Diet. He had started writing about anti-inflammatory nutrition back in 1995.

In his book, ‘The Omega Rx Zone’, I learned how the ratio of omega-3 to omega-6 fats controls inflammation inside us.

I increased the number of omega-3 capsules I was taking, and stopped using omega-6 vegetable oils like sunflower and canola, in favor of inflammation-neutral virgin olive oil.

I also found out from his books there is the same amount of starch in one cup of white rice as there is in twelve cups of broccoli.

I’ve never eaten twelve cups of broccoli at one meal, but back then I could easily polish off a cup or two of rice or pasta.

The starch in the cups of rice are soon digested to glucose, which causes lots of insulin to be released.

High insulin promotes inflammation, so the starch content of foods and the sugar content of drinks is important to anyone wishing to reduce inflammation-based ailments.

Dr Sears’ books were fascinating to read and I embarked on balancing my diet to improve my overall health, and in particular to reduce the inflammation in my airways.

By ‘balancing my diet’ I mean greatly reducing starchy carbohydrates and sugary drinks. Bread had already gone (because I didn’t want the gluten), and to get in ‘The Zone’ I ate only a very small amount of beans, lentils, chickpeas, or whole-grain rice.

I have been more or less in ‘The Zone’ since then. My weight reduced, hovering around 74/75 kg, and my breathing improved, though I still could not breathe through my nose adequately and breathed through my mouth most of the time.

When we came to Kuala Lumpur, we really noticed the air quality. Like many cities in Asia, the air is often laden with soot particles and exhaust fumes, and in the tropics there is always something flowering and releasing lots of pollen.

As a mouth-breather, the air played havoc with my lungs. Also, the dripping nose of allergic rhinitis returned and I often looked like Rudolph, the red-nosed reindeer.

I was prescribed antihistamine tablets to reduce the allergic runny nose, and daily puffs of a new class of inhaler to simultaneously dampen the inflammation in my lungs and open my air tubes.

Naturally, I wasn’t happy about the long-term consequences of the medications, and looked with renewed endeavour for non-pharmaceutical ways of reducing my airway inflammation, in addition to continuing in ‘The Zone’.

The newsletters from Dr Joseph Mercola described more and more the benefits of cutting out starches and increasing healthy fats.

Although I had reduced starchy carbs to get in ‘The Zone’, I must confess the local noodle dishes like char kway teow,  an unleavened bread with egg folded into it called roti telur, the traditional sweet confections (kueh), and the wonderful variety of (very sweet) fruit had all-too-often been irresistible!

My carb intake from noodle dishes was definitely rising, my glucose and fructose intake from fruit must have been huge, and gluten from the local roti breads was increasing , too.

I found many talks on YouTube about the benefits of removing starchy carbohydrates, glucose, and fructose from the diet.

Among them, Professor Jeff Volek in his talk ‘The Art and Science of Low Carb Living: Cardio-Metabolic Benefits and Beyond‘ showed how using fat instead of glucose for fuel in our cells has a wide range of health benefits, including reduction of inflammation in the airways. Exactly what I was looking for.

Incidentally, I have put an assortment of very good videos about the LCHF lifestyle, including Professor Volek’s talk, into a Thrive Low Carb video playlist on YouTube, which I hope you will find a useful resource,  saving you hunting through hundreds of videos.

In April we had our annual medical check-up and blood tests, so I had recent-enough test results to use for comparison, and decided to start the LCHF lifestyle.

After about six months living LCHF, I’ll have another set of blood tests and compare values.

To be frank, I’ve been surprised how fast changes have already occurred. These are the ones I’ve observed so far, which I’m sure are the result of the reduction in inflammation:

Not wishing to offend anyone, in our travels we see many people are overweight, often shaped like an apple. And we know from the WHO that obesity is an epidemic.

Being overweight is an important factor in developing diabetes. According to the WHO reports over 422 million people have diabetes, many of them in Malaysia, and other countries in this region of the world.

True, some fat people are healthy, but the majority of overweight people are not healthy at all. They’re taking an assortment of medications for high blood pressure, diabetes, arthritis, or some other chronic disease.

The medications enable sick people to live much longer, but the last twenty years or so of life are often of reduced quality, reduced mobility, and are a slow and painful creep downhill.

Heide and I don’t want to creep slowly downhill, full of pills. We do everything we can to enjoy vibrant, medication-free retirement years, before passing away peacefully when our long lives come to a natural end.

Hippocrates was right. Food is our best medicine.

Explore the many health benefits an LCHF lifestyle could bring you, and let food be your best medicine, too.